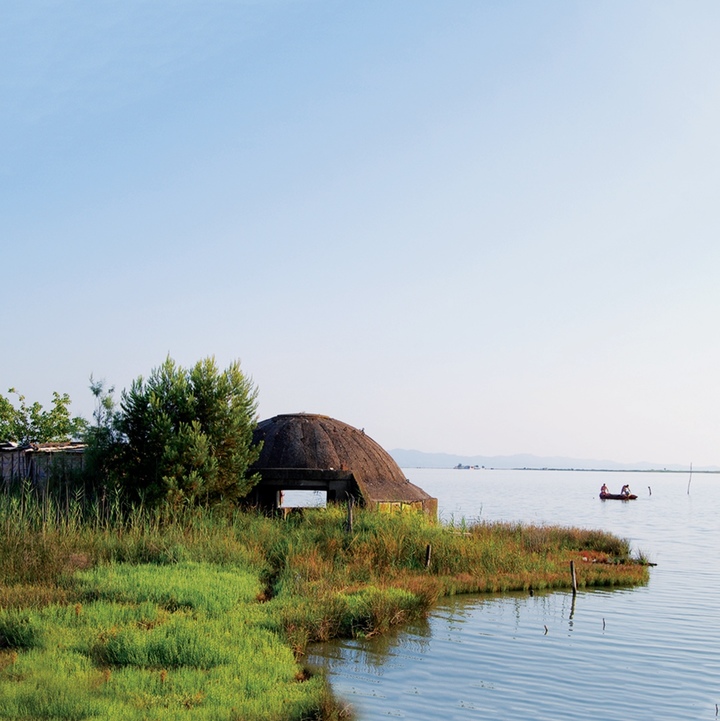 A journey through the Albanian landscape in still images

Bunkers in Albania are the symbol of war made with the purpose to shelter the army troops, leading to approximately 170.000 documented bunkers of different spatial typologies according to the geographical position and structural features that were built across the country during the totalitarian regime in case of a future invasion by enemies.

For over half a century Albania was isolated within its own geographic borders, and Albanians were not able to either live outside their country or to live in a different village or city from the one where they were born. This is sad reality made Albania a society of people born to live inside a “living prison”.

Bunkers were placed in the nature but also in the urban centers, often as singular “fire units” or complex ensembles with the presence of three or more bunkers, up to tunnels constructed inside hills and mountains to serve for different military purposes. Finally, their presence extends near every neighborhood inside the residential blocks in every urban center in Albania that would serve as underground refuge structures to protect civilians in case of an attack.

The bunkers amplified that phenomenon serving as structures to potentially defend the country from the invasion of an enemy who never came, but moreover as monuments erected in the natural and urban landscape they were perceived as physical and mental limits that remind their past. Often visible with their curved surfaces but also “invisible” because the fusion of their rounded form are wrapped with nature.

This research project and exhibition presents a journey between architecture and photography showcasing mental and physical limits on which Albanians were constrained during more than 45 years in Hoxha’s authoritarian regime. This research was developed through the active exploration of the Albanian landscape understanding the relationship of Albanians with the bunker itself in each particular context which it is located. Furthermore, the presence of the bunkers is not only physical in Albania but it represents a heterotopic reality for the Albanian society under Hoxha’s regime and remains still a reminder of the closure that such system oppressed the Albanian society.

The organization into different sizes and categorization of each military bunker typology is according to reference on previous researches as the research project «Bed & Bunker» realized by POLIS University in collaboration with FH Mainz, the exhibition of the underground refuge bunker typology «Bunk’ART 1» located in the outskirts of Tirana next to mount Dajti which served as an area to host all the members of the political bureau of the time in the case of an attack and also the study research and publication.

The different typologies consider the location of each bunker such as seaside, valleys or mountain peaks; but also importance of their positioning in relation to the borders with Montenegro, Kosovo, Greece, Northern Macedonia and Adriatic Sea and Italy.